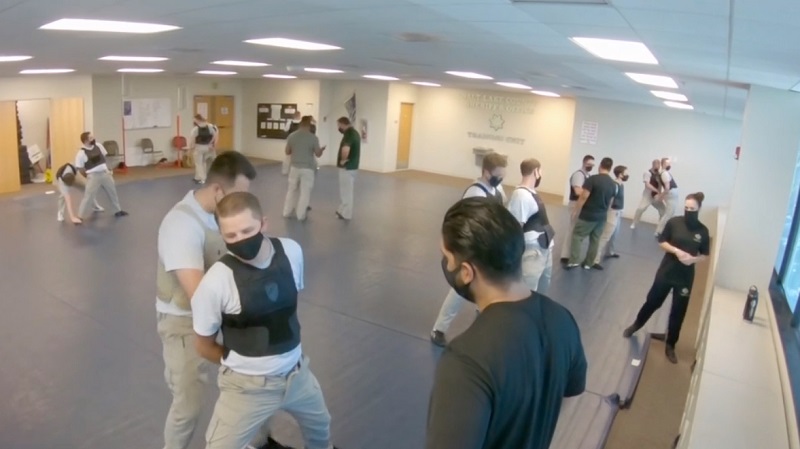 Salt Lake City, Utah — Law enforcement in Utah has been impacted heavily over the past few years when it comes to staffing.

The department has more than 90 vacancies to fill even it has had a unique pilot program in the works since 2019, focusing on recruiting, training, and hiring qualified candidates as young as 19-years-old, rather than waiting until they’re 21-years-old.

Sheriff Rivera and sheriff’s across the state acknowledge that there are many challenges when filling positions, some unique to certain departments.

“One of the issues that we have found is people don’t want to be police officers anymore,” said Sheriff Rivera. “It is a dangerous job but at the same time you have people who hate the police, literally hate us, and will threaten your life and so for us to tell somebody well come and join us it becomes more difficult.”

Another main issue when it comes to hiring has been the topic of ‘wage wars’.

“Everybody’s trying to the best we can with wages in our own community but as soon as you raise your wages, somebody beats you by a couple of dollars an hour and it’s just a feeding frenzy in law enforcement right now,” said Cache County Sheriff Chad Jensen, who also serves as President of the Utah Sheriffs’ Association. “It’s harder to recruit to get people to come in rural areas of the state because the money’s not there the funds aren’t there the wages aren’t necessarily there.”

“All these agencies are raising their wages and people are saying, I can go work for the Sheriff’s Office for this much or I can go over here and I can make 5-to-10 dollars more an hour because these wage wars are significant in cost,” said Sheriff Rivera.

Despite challenges present, departments all across the state need to fill these positions with qualified applicants.

“We need good employees that can help us make that difference in our communities,” said Sheriff Rivera, who also acknowledges the recent decline in female applicants. “If you truly want to make a difference in your community, come and work in corrections, come and work for the Salt Lake County Sheriff’s Office, working in our courts these are such important duties.”

“It’s a crisis right now, I think what we’re trying to come up with is how do we get more people interested in law enforcement, how do you get younger kids who want to make this a career,” said Sheriff Jensen. “It’s a struggle, it’s a huge struggle for everybody right now.”

Petition for vaccine mandate at University of Utah