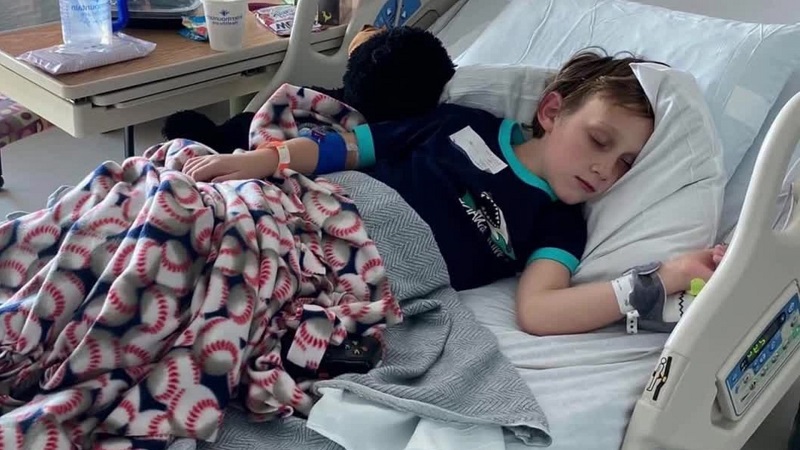 His family warns of a rare but life-threatening complication of COVID-19 that put their 6-year-old in the intensive care unit. “It was actually kind of weird because he didn’t have any symptoms,” Lona Trombley said.

Four weeks later, the virus caused his body to essentially attack itself.

Logan suffered from a fever, vomiting, fatigue, and a rash. “You could tell that he was going down and it wasn’t getting any better,” said Eric Trombley.

Logan was transported by helicopter from St. George to Salt Lake City. ICU doctors stabilized the first-grader, but doctors told his parents to brace themselves. “She had warned me ahead of time: ‘It’s going to seem like we are getting better, but there is going to be hiccups. That’s the way this virus works,'” Lona said. “We went to the pediatric unit and he had a relapse, so we had to up his medication and his steroids.”

“The majority of children we are seeing this in were previously healthy,” said Dr. Erin Treemarcki, a pediatric rheumatologist at Primary Children’s Hospital and the University of Utah Health.

Logan has a textbook case of MIS-C which attacked his heart, kidneys, and liver.

According to Treemarcki, the hospital has treated 129 children with MIS-C since the beginning of the pandemic. “What we understand is when you’re exposed to COVID-19, some children’s immune systems become activated from that exposure to COVID-19, and then weeks later, they develop this inflammatory syndrome,” said Dr. Treemarcki.

According to Dr. Tremarcki, the best prevention is a COVID-19 vaccine, which was recently approved for young children. “It was not fun,” said Logan.

“Just because you get past the COVID scare and you guys come out healthy, it doesn’t mean that you’re in the clear. There are side-effects,” Lona said.