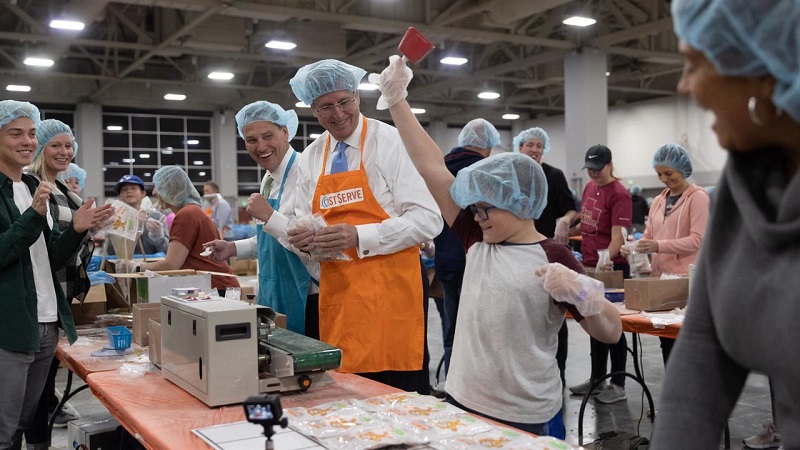 “The Silicon Slopes Summit attendees and members of the community who signed up for the Silicon Slopes Serves food drive gathered in the Salt Palace Convention Center on Oct. 13 and 14 in hopes of meeting their goal of preparing one million meals, which will be donated to individuals and families with the help of the Utah Food Bank,” said a news release from The Church of Jesus Christ of Latter-day Saints.

Approximately 58.5 million meals were donated to roughly 511,000 Utahns with food insecurity during the 2020–2021 fiscal year, according to the president and CEO of the Utah Food Bank, Ginette Bott.

“It’s part of our culture to serve in our community and we think it’s really important to get out and help others,” said Kasey Yardley, director of account development for Brainstorm, one of the technology companies associated with Silicon Slopes.

The Utah Food Bank, located in Salt Lake City, will distribute the food aid to children and families all over the state, once the meals are prepared and assembled.

Silicone Slopes Serves is the nonprofit organization of Silicon Slopes that focuses on empowering Utah’s startup and tech communities.