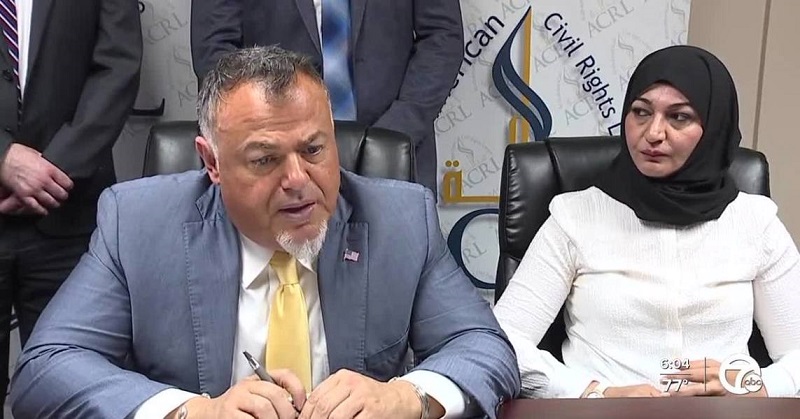 Alleging that a manager called her derogatory names while working at a store location in Dearborn, Michigan, a Detroit-area woman has filed a lawsuit against Walmart.

According to Seenaa Najim, she was initially excited at the thought of working for Walmart.

When it became a reality, she says things went well at first. But after some time, a new manager took over.

According to her attorney, Nabih Ayad, the situation quickly spiraled into a hostile work environment.

“She (the manager) immediately started badgering the plaintiff here,” Ayad said. “She started calling her horrific names, calling her, ‘You stupid Arab, stupid camel jockey, you stupid Muslim, go home, go to your home country, get out of here, you should learn how to speak English.’ And this just didn’t happen once. It happened over and over and over again over months.”

Najim claims she’s been singled out for her inability to speak English and for wearing a hijab.

“For sure, she insulted me a lot. Why would she do that?” Najim said.

Najim added that complaints to upper management didn’t solve the problem. “It’s so hurtful to think that this poor individual had to endure all of this, escaping ISIS and Iraq and leaving her children behind to make a better life for herself, and she has to endure this in the United States of America, in the heart of the city of Dearborn,” Ayad said.

So Najim and the Arab American Civil Rights League (ACRL) filed a lawsuit against Walmart. That’s what we’re here for. The ACRL will never, never, never cease to stop protecting these individuals, whether it be the filing of a lawsuit no matter what it takes,” said Rula Aoun, the director of the Arab American Civil Rights League.

US opens doors to visitors