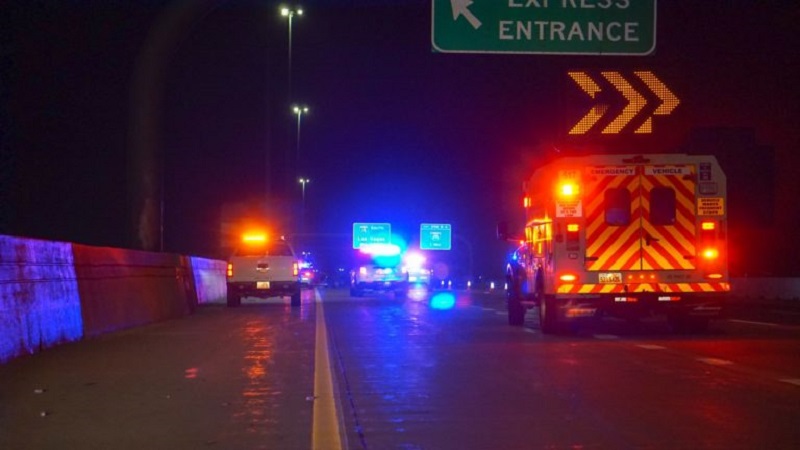 Farmington, Utah — Sunday evening a woman and 10-year-old boy were killed when the car they were traveling in slammed into a Utah Department of Transportation vehicle on Interstate 15.

The incident happened just before 6 p.m.. The UDOT truck was sitting on the southbound right shoulder of the highway in Farmington when the woman driving an Infiniti G35 swerved across multiple lanes into the rear of the vehicle.

According to Utah Highway Patrol officials, the woman died on impact, while the boy died after being life-flighted to a nearby hospital.
It’s not known how the driver and child were related.

The UDOT vehicle had its emergency equipment activated on the highway shoulder after the employee had finished assisting another motorist, authorities said.

The employee suffered minor injuries in the incident.