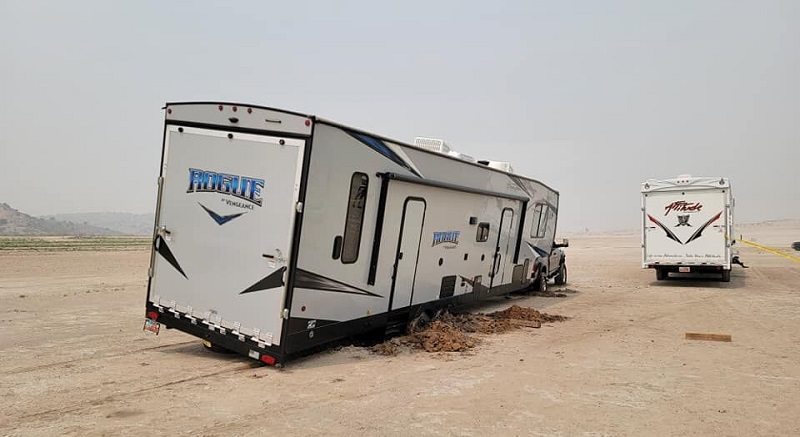 Levan, Utah — According to State Park officials, visitors at Yuba Lake in Central Utah should keep vehicles off the sand and drive a minimum of 100 yards from the water’s edge.

On Aug. 7 the park issued a warning about the mud when shared that a large recreational vehicle got stuck on the shore.

Officials said “many” people face this kind of issue.

In a post from Aug. 11, the State Park said they were losing 10′ per day of its launch ramp at Oasis.

Rain conditions have also contributed to the soft mud that makes it difficult to drive on.

The post from earlier in August emphasized the same message.

“Looks can be deceiving! Just because it looks safe, doesn’t mean it is for your enormous trailer and truck to park right along the waters (sic) edge,” it read. “It is that time of year again with low water where a courtesy reminder of ‘stay out of the dark sand’ will save you thousands of dollars in a wrecker fee to get you unstuck.”

According to officials, all tows are at the driver’s/owner’s expense.

Man in critical condition after hit and run