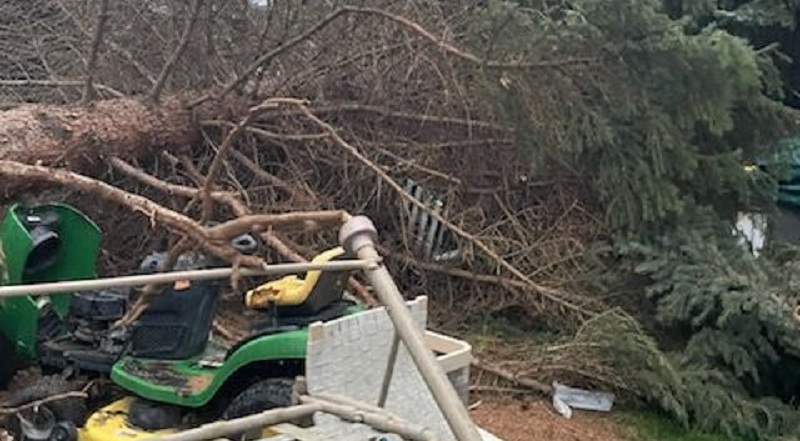 Highland, Utah — A large tree was uprooted in strong storms that moved through the area and landed on two people in their 60s.

According to crews from the Lone Peak Fire Department, they responded to the area Saturday evening near 6400 West 10500 North in Highland.

Fire crews said two people were in the debris. One of them was able to get out from the fallen branches on their own.

The other had to be extricated by firefighters.

It took them 30 minutes of cutting through the debris with chainsaws before they were able to reach the second person.

Both of them were transported to the hospital for treatment of minor injuries.

They were expected to make a full recovery.

At this time their identities are not released.

Yuba State Park officials: “keep your vehicles off the sand”