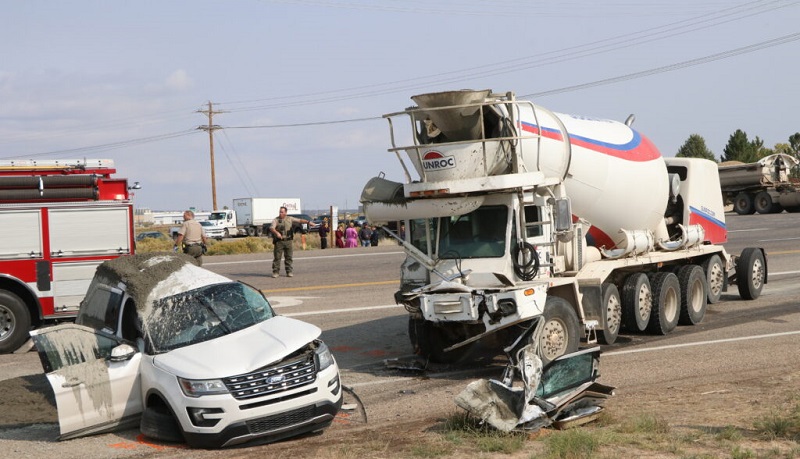 Cedar City, Utah — On Tuesday morning shortly after 10 a.m., SUV collided with a heavy construction vehicle on state Route 56 west of Cedar City. One person was killed and four others were critically injured in the accident.

The incident occurred at the intersection of SR-56 and Iron Springs Road. It involved a white Ford Explorer and a large concrete mixer truck that was carrying a load of wet cement mix.

According to witnesses at the scene, Ford’s driver had been attempting to turn left onto SR-56 from Iron Springs Road when the vehicle was struck by the westbound truck.

The cause of the collision is still under investigation, but Cedar City Police Lt. Jimmy Roden confirmed that there were five people inside the SUV at the time of the crash.

Utah has billions in infrastructure needs