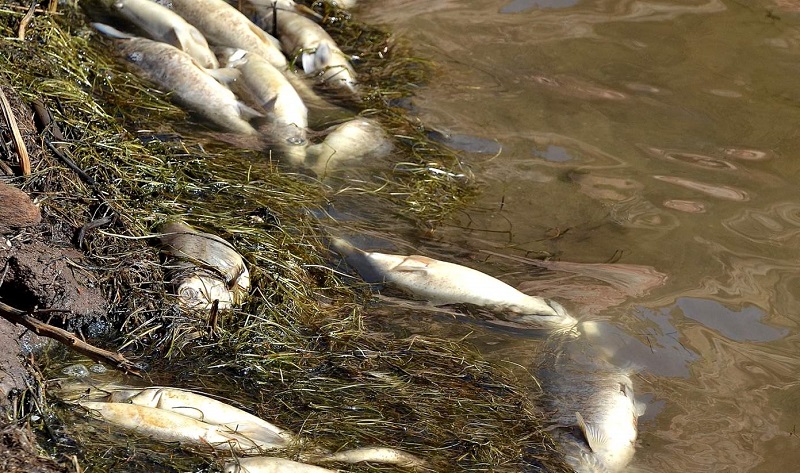 Weber County, Utah — According to both the Utah Division of Wildlife Resources and Weber Basin Water Conservancy District, the Bureau of Reclamation performed maintenance on the dam at Rockport Lake. In order to perform the inspection safely, as divers worked underwater, the flow into the river was shut off.

“They did not anticipate having any dead fish with the low flows that were going on during that time period with the inspection and what we ended up seeing the next day was a couple of hundred dead fish,” said Chris Penne, an Aquatics Program Manager with Utah DWR. “While the loss of fish is unfortunate, we absolutely recognize that this type of maintenance needs to get done if it doesn’t, we’re not going to have any water below the river so these things do need to happen.”

According to DWR and Weber Basin Water, a few hundred fish died in the area. Nearby residents and anglers who frequent the waters of the Weber River, noticed the water running low and got into the river to try and move fish into pools to keep them alive.

“As a human being, not even as a fisherman, it was so tragic,” said Troy Horman, who lives in the area and has been fishing the Weber River for decades. “I understand they had to do an inspection but there are ways to do this without destroying fish.”

Both DWR and Weber Basin Water said that they hate to see fish dying in the first place and they plan to have better communication between agencies in the future.

“Sportsman should be pretty upset about this, we work really hard to follow the rules, most of the guys I know don’t keep any fish in order to keep the population of the river so that we can enjoy it,” said Horman. “Here, the government that’s supposed to be protecting wildlife, destroyed it.”