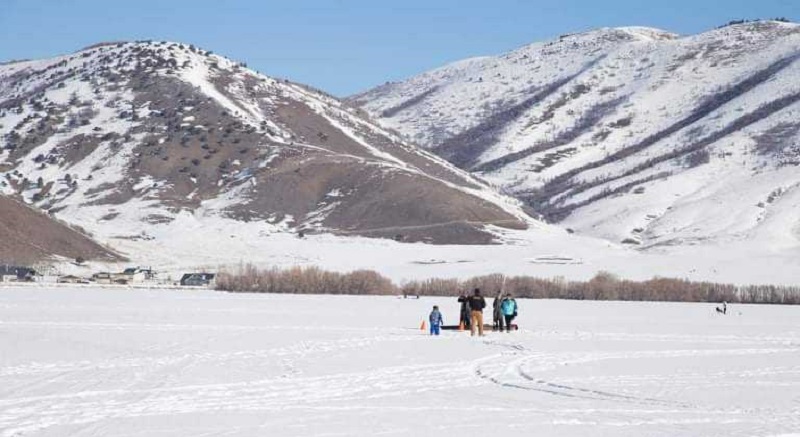 Mantua, Utah — After falling through the ice at Mantua Reservoir on Friday, three children were rescued.

After they had fallen into the freezing water during an outing with the Promontory School of Expeditionary Learning, adults were able to pull the children from the water. One of the children was examined by fire crews but was released after being checked out. The ages of the children were not released.

According to the school, every child had a parent with them.

“There were safety precautions in place, but unfortunately, nature can be unpredictable. None of the children were hurt, everyone is ok and home with their family. The school is so grateful for the quick response and help from our community!” the school wrote.

According to Brigham City Fire Marshall Michael Young, there were “quite a few” people on the reservoir during the incident and believes the ice was possibly weakened by holes drilled by fishermen.

Officials have placed signs around the reservoir warning of unsafe ice conditions.

“Today, after verifying the safety of the ice with local officials, our first and second graders were lucky enough to participate in ice fishing at Mantua Reservoir. Each child was accompanied by a parent, all four teachers were in attendance, as were their classroom aides. Several expert fishermen were there, also. Unfortunately, three children encountered some thin ice, and fell into the water. One child fell into the water to the top of their boots while the others fell into the water up to their waists. All three children were quickly and safely removed from the water by accompanying adults and immediately warmed up. We had a fast and efficient response from emergency crews and are so very thankful for their concern and care for our Promontory family. Thankfully, no injuries were sustained by any of the three students. Students from Promontory have been participating in this activity for ten years. They have safely enjoyed the great excitement of catching a fish while soaking in the beauty of Mantua reservoir and the surrounding mountains. This is ADVENTURE at its finest! We are so very sorry this incident occurred and are also very relieved everything turned out so well. We will continue to offer well-supervised, well-planned, meaningful adventures that help our Promontory students grow and develop into the Great Thinkers of the 21 st Century!”