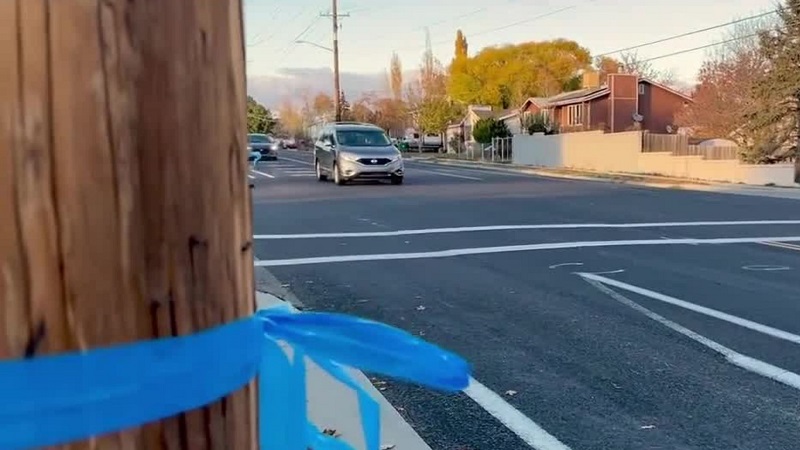 Taylorsville, Utah — In order to change Utah crosswalks to make them safer for pedestrians, Kylie Jones has started a petition to encourage lawmakers to install lights at every crosswalk in the state where the speed limit is more than 25 miles per hour.

This comes after a group of boys was hit by a car in a crosswalk on 2700 West in Taylorsville while trick-or-treating on Saturday.

13-year-old Karl Finch died from injuries he suffered in what police have called a “tragic accident.”

“Any time I hear that any child is hurt is heartbreaking. It’s heart-wrenching,” Jones said.

36 pedestrians have lost their lives on Utah Roads in 2021, according to statistics compiled by the Utah Department of Public Safety.

Eight of those deaths happened in the last month.

“We’ve had a rough weekend,” said Jason Mettmann with the Utah Highway Safety Office. “38 percent of our pedestrian crashes occurred in a crosswalk. That’s a big number. People aren’t watching.”

According to Mettmann, drivers paying attention can reduce the number of accidents. Jones hopes an added layer of safety will cause drivers to take a second look.

She says as it is currently constructed, she won’t cross 2700 West at the intersection where the accident occurred. She’ll only cross the busy street where lights are installed.

“I can be that voice to step up and say we need a change. I can do what I can,” she said.

Rabbits abandoned on side of Cottonwood Heights road