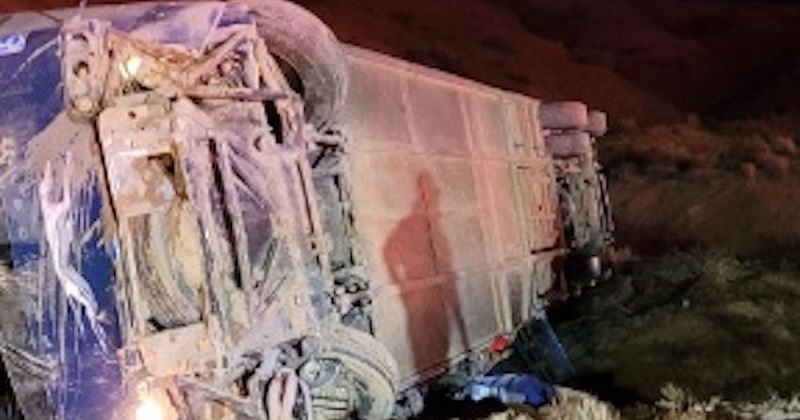 According to authorities, the bus was traveling from Green River to Las Vegas when it veered off the right side of the roadway near milepost 112, traveled approximately 100 yards, and overturned.

Approximately 20 people were taken to area hospitals. Total thirty-seven passengers and a driver were on board the bus when it crashed.

According to troopers, their injuries ranged from minor to serious, but none appeared to be life-threatening. Non-injured passengers were taken to a church in Emery.

The crash is under investigation.

Army sergeant from Utah named USO soldier of the Year 2021