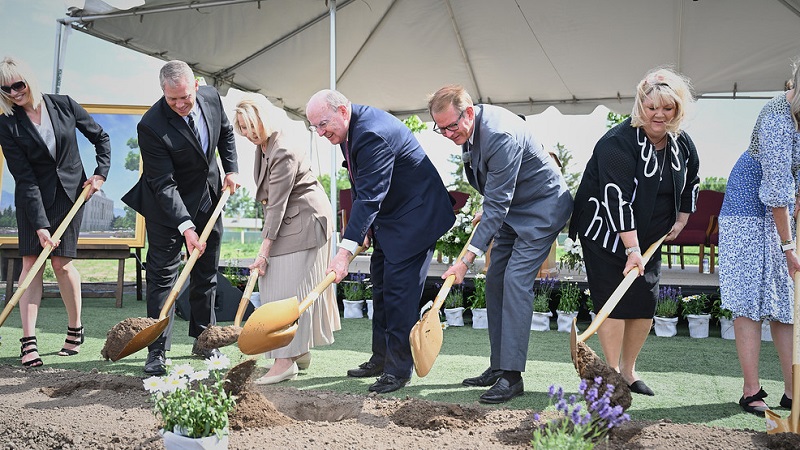 In April 2021, the church announced that it would build a new temple in Smithfield. The only other temple in Cache County is in Logan.

Two members of the church’s Quorum of the Twelve Apostles who are from the area — Elder Quentin L. Cook and Elder Gary E. Stevenson — and their wives attended the groundbreaking ceremony for the Smithfield Utah Temple.

“Our hearts are full of appreciation for those who have gone before us and who have laid the foundation for a temple in northern Cache Valley,” Cook said in a prayer to dedicate the temple site. “We pray that this temple will be a beacon light for the communities it serves.”

The new temple will be built on the northeast corner of 800 West and 100 North in Smithfield.