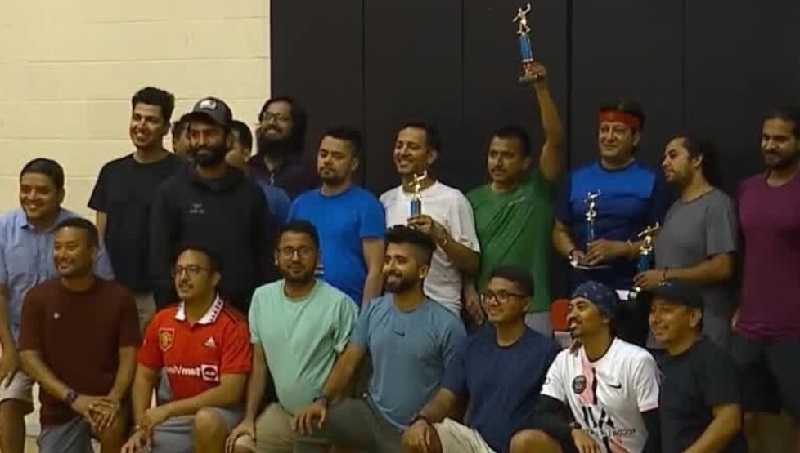 West Valley City, Utah — The Nepalese community is growing here in Utah. They found a fun way to bring people together and make everyone feel included.

There are with about 1,500 people from Nepal who call this state their home now. On Sunday, people came together to celebrate where they come from and help those who are new to the area find where they belong.

The goal was to bring people together and make them feel like they are not alone. About 50 people signed up to play, and organizers said they were pleased with the turnout. “We did not think that this was going to be this big, but this gave us kind of like encouragement to do this kind of event again and again,” said Subedi.

According to organizers, events like these are important to make sure people feel like they have a community they can count on. “When we leave Nepal, we miss a lot of things,” he said. “The important thing is closeness to our culture, our tradition, our language. So this kind of event, like, brings everything together.”

“When we first came as students to Utah, there was a very small community, probably like less than 20 of us here,” said Nirman Rajbhandari, who has been involved with the association for years. “So we all knew each other, but there wasn’t a community support that we could lean on.”

People say events like these are a great way to welcome them and show them that they have people of their own here, as college students moving into the state before the semester starts. “Now, we’ve grown. It’s much bigger than it used to be, and many of us are established enough in our own professional fields,” added Rajbhandari. “So I think for the newcomers, we are kind of like the backbone, we can guide them and hopefully lead them towards a successful life.”

According to the Nepalese Association, they are gearing up for more tournaments, a big event for the Hindu festival of Teej next weekend, and their big festival in October.