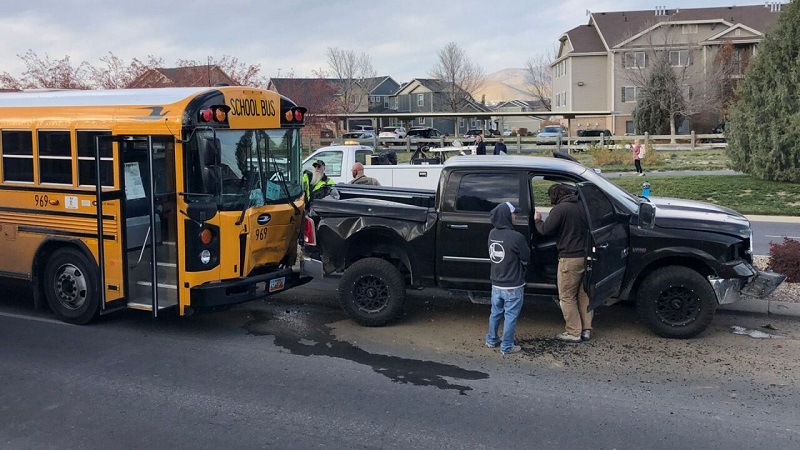 Eagle Mountain, Utah — According to officials, A school bus full of students was involved in a multi-vehicle accident in Eagle Mountain Monday.

In the accident that occurred around 3 p.m. on Pony Express Parkway near Wycliffe Way, at least three cars were also involved.

No one on the bus or in the other vehicles was injured.

While the vehicles involved were towed away from the scene, a second bus was sent to pick up the students and take them home.

Traffic was diverted from the accident scene, with residents being asked to find alternate routes.