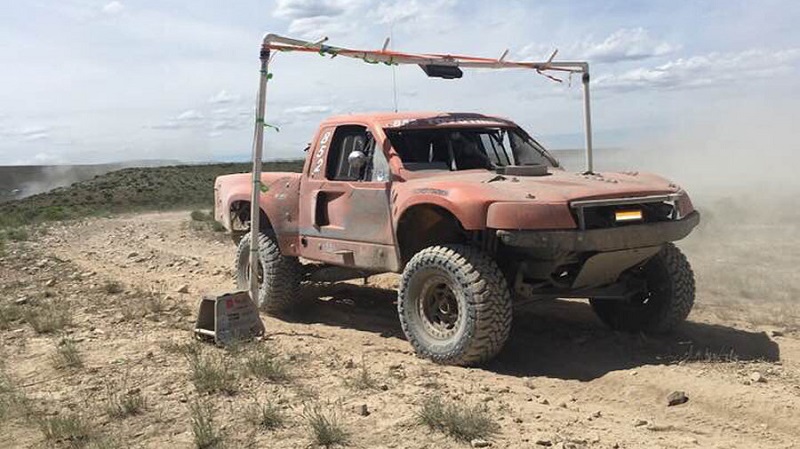 Tooele County, Utah – According to the Tooele County Sheriff’s Office (TCSO), a Utah man died in a rollover crash during the Knolls 200 race on Saturday.

A 33-year-old, Charles Jerome (C.J.) Glover, was killed after the truck he was riding in rolled four to five times, according to Sgt. David Bleazard, TCSO.

Glover was the passenger in the vehicle, accompanied by the driver, when the truck reportedly “gripped” around a corner of the track, causing the truck to roll.

According to officials, Both Glover and the driver were wearing “top of the line safety gear”.

Glover was found deceased at the scene, and authorities say they won’t know the cause of death until the autopsy report is released.

The truck was reportedly a “trophy cage truck,” and the roll cage inside the truck was intended to protect those inside, however, a panel on the side of the truck’s exterior “broke off in pieces,” Sgt. Bleazard states.

According to officials, the driver of the truck was treated for minor bumps after being checked by medics on the scene.

There were no witnesses to the accident, as the vehicles in the race were spaced out minutes apart from each other.

Glover was reportedly a promising young pilot with JetBlue. A GoFundMe page has been created to help with his funeral expenses and family affairs.