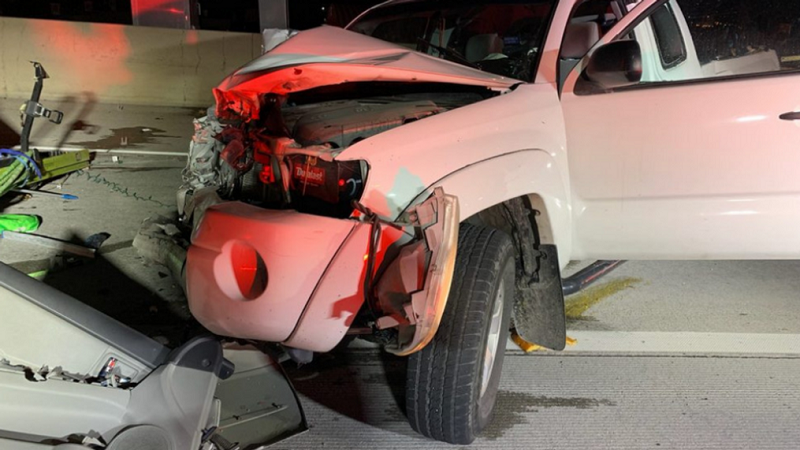 Orem, Utah — The Pleasant Grove woman will serve up to 10 years in prison after being sentenced Monday.

Last year, she killed a mother and son in a crash on Interstate 15 while driving drunk.

A judge sentenced Kesley Pope, 23, up to five years in Utah State Prison for both charges of automobile homicide following her conviction for the deaths of Season Dow and her unnamed son.

The sentences are to be run consecutively, meaning Pope could face a maximum of 10 years behind bars. A charge of witness or juror tampering was dismissed.

Last year, on Oct. 30, Pope was driving near Orem when she slammed into a car that was on the side of the highway after running out of gas.

Dow, was in the car that was hit and died on the scene, while her son was transported to the hospital and later died.

According to Pope’s arrest report, she smelled of alcohol, and her blood-alcohol level was measured at .10, twice Utah’s legal limit.

A Utah Highway Patrol trooper found a “glass pipe with burned residue and a green leafy substance suspected to be marijuana,” inside Pope’s pickup truck, according to the probable cause affidavit.