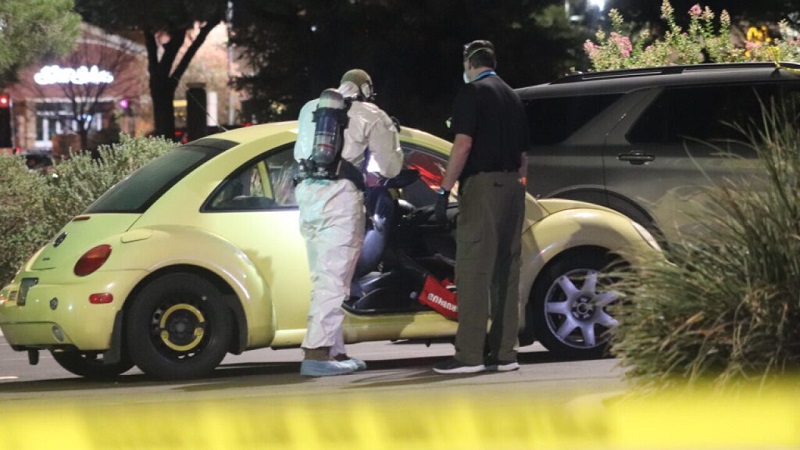 St.George, Utah — A possible body was found in a parking lot near a Red Robin restaurant in Washington City.

According to police, they received a tip around 7:15 p.m. Friday evening that there was a possible body found in a car.

Washington City Police added that some just with masks while others were donned completely in white outfits self-contained tanks of oxygen, approached a yellow Volkswagen Beetle.

A van was pulled around the side of the car and police removed a stretcher at which point police pulled vehicles around the yellow car to block the public view.

At this time, Police have still not confirmed what they pulled from the yellow vehicle.

As part of annual tradition, thousands of sheep herded through Box Elder County