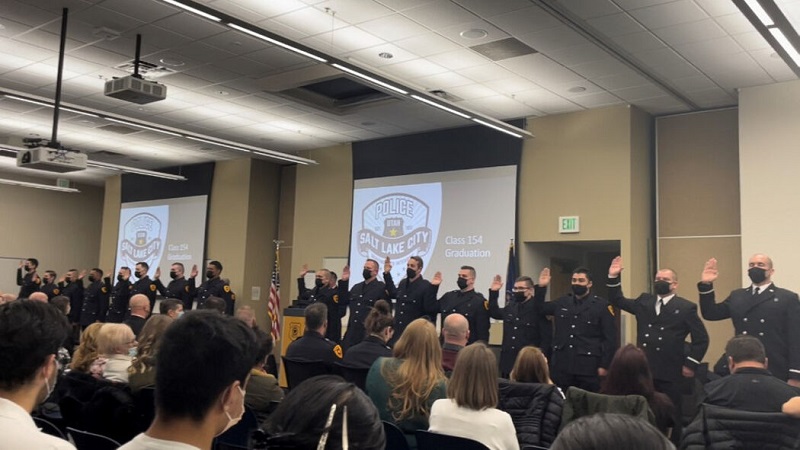 Speaking about the evolution of policing in recent years, Salt Lake City Mayor Erin Mendenhall congratulated graduates during the ceremony.

Mendenhall also thanked the graduates for choosing the profession despite the hardships they will face, calling them courageous.

SLCPD Chief Mike Brown also congratulated the new graduates for their hard work, but he also commended the training unit leaders who taught them.

According to Salt Lake City Police Department leaders, the recruit officers from Class 154 will now enter the next phase of the training process.

Each will spend time completing field training. During this time, they will be evaluated as they perform the day-to-day duties of patrol officers.

The use of rapid antigen tests at state testing sites halted