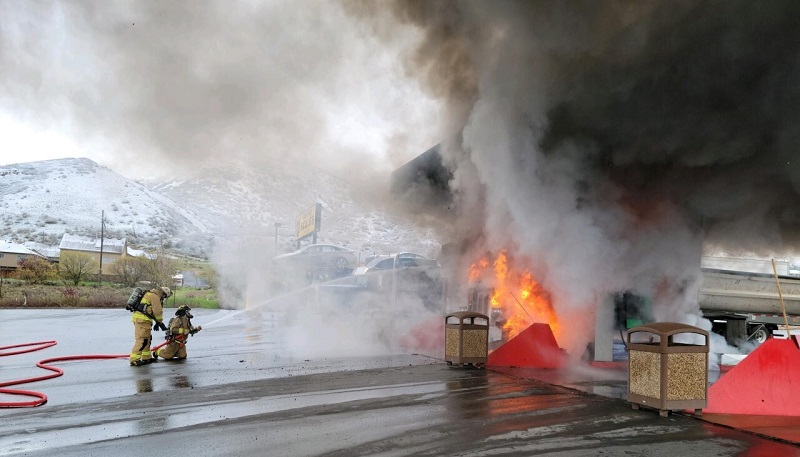 Santaquin, Utah — After a semi-truck burst into flames, a potentially hazardous situation forced the evacuation of a Santaquin gas station.

The truck driver pulled into the Maverik off Interstate 15 around 9 a.m. when he noticed smoke coming from the engine.

According to the Santaquin City Fire Department, when the driver was unable to put out the fire with a small extinguisher, he hit the emergency fuel shutoff and called for help.

As the Maverik was evacuated, flames completely engulfed the cab of the truck and burned a nearby fuel pump.

Firefighters were able to stop the flames from spreading and quickly doused the fire, but the cab appeared to be a total loss.

During the accident, no one was injured, and an investigation into the cause of the fire is ongoing.

Man on bike killed by semi-truck in Spanish Fork