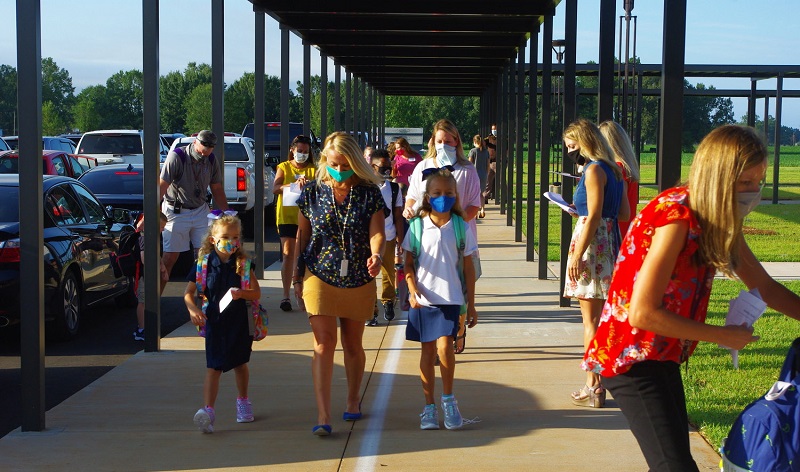 Washington, Utah – According to David Heaton of the Southwest Utah Public Health Department, schools in Southwest Utah are reporting an average of 5 COVID-19 cases in the last two weeks.

A Washington parent says despite the community’s high transmission rate, he’s not concerned about his kids getting COVID-19 in school.

“You hear the numbers are high, you hear the horror story, I know that the great people at the hospitals are doing their job and trying to keep us safe, are concerned about it and we should listen to them,” says Dan Drown, a parent in Washington.

According to Heaton, only two high schools in Iron County have seen more than five positive cases in the past 14 days and the department is seeing more cases this year compared to last, due to the Delta Variant.

“It seems generally, that our schools are doing pretty well as positive confirmed cases, with this Delta variant going around, it is more contagious, it appears to be more contagious, than previous COVID-19 variants which means we will see more cases in children as well,” says Heaton.

According to Drown, he liked that the Washington County School District doesn’t have a mask requirement, but parents should take responsibility during an outbreak.

“Let’s just do the right things. If there’s an outbreak near your school, you probably want to mask up,” says Drown.

Public Health leaders haven’t detected any outbreaks since school started back up in Washington, Iron, Beaver, Kane, or Garfield Counties despite not having a mask mandate.

“We don’t seem to see a large number of positive cases, that would be out of the ordinary compared to the activity of the COVID-19 disease since the disease began,” says Heaton.

According to Heaton, if a school of 1,500 or more students finds 1-2% of children test positive in two weeks, that would trigger a test to stay, but that hasn’t happened yet.

Utah colleges, universities ranked among best in the nation

States with the most and least student debt in the country