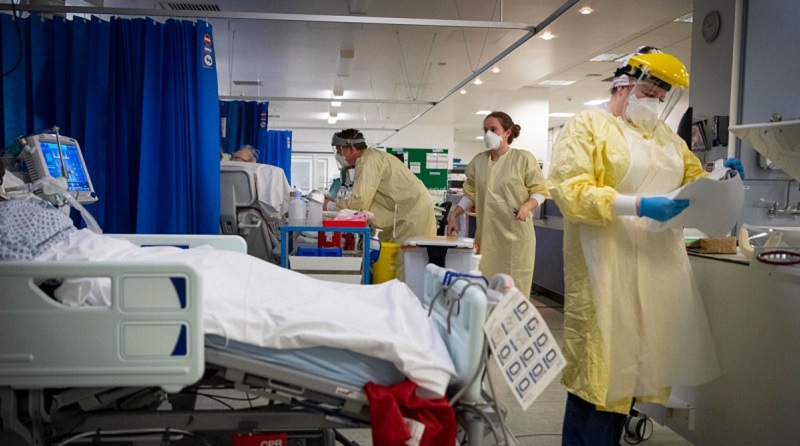 “Yes, the patients come first but at some point our families do deserve us occasionally as well, and it’s been hard to get home,” says Dr. Bryce Ferguson, the Medical Director for the ICU at the St. George Regional Hospital.

Medical workers are struggling to keep up with yet again another surge in the ICU.

“We do occasionally see people who have received the vaccine and you know it’s not 100% but the vast majority of our patients are the unvaccinated especially those patients that are sick enough to make their way onto a ventilator in the ICU,” says Dr. Ferguson.

According to officials, likely due to concerns with the Omicron variant vaccination rates are rising again.

According to the leaders from the public health department, about 80% of the older population is vaccinated, but they’d like to see those numbers rise all across the board.

“Take the precautions we’ve encouraged since the pandemic started actually and that’s if you are older or have an underlying health condition be especially careful when you’re out in public, crowded indoor places and avoid that if possible to wear a mask if you’re In that situation and everyone to have the courtesy in a public especially indoors in place where you can’t socially distance to consider wearing that mask,” says Heaton.

Healthcare workers worry another surge may happen after Christmas.