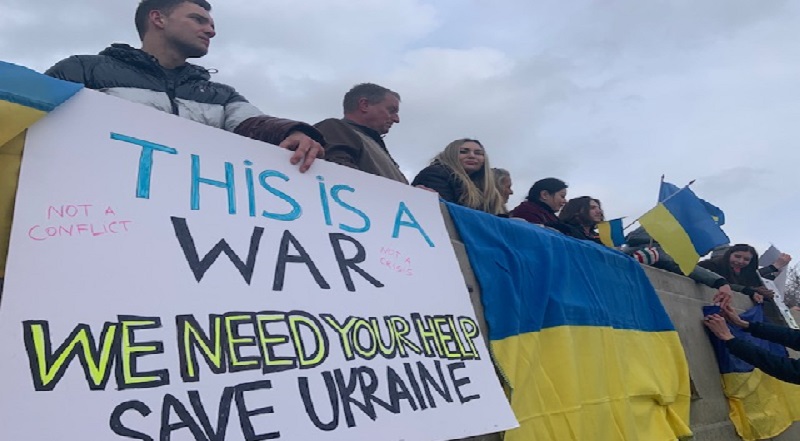 Salt Lake City, Utah — In order to show support for their home country, a group of Ukrainians who currently live in Utah took to the Capitol Thursday.

The majority of the group said they have family and friends in Kyiv, which is currently under attack.

“I think this is a wake-up call… for the whole world to watch,” Niles Herrod said.

They spoke about their families, their country, and said they believe it’s time to put a stop to Putin. The group gathered at the capital were adorned in blue in yellow with flags.

“The only way to get out of this situation is for Putin to stop,” one person said. “It’s been since 2014 actually so it’s about time it stops,” another person added.

The small but loud group stood for hours to denounce Russian and Kremlin aggression, despite the cold. “We want our land and we want to be safe we don’t want to have war,” one person said.

Ultimately, they are asking for support from Utah as their home away from home. “If other countries don’t come to stop Russia with us it will spread,” the group said. “It will spread it will go everywhere in Europe. Russia won’t stop in Ukraine. It’s just a matter of days and weeks until they go further. You have to stop it now unless it’s going to get worse and worse a lot harder to stop.”

According to many of them, they will be up there every day until Putin stops his aggression and movement into their home country.

In order to stand for their home country, they are planning to be back at the capital on Friday at 1 p.m.