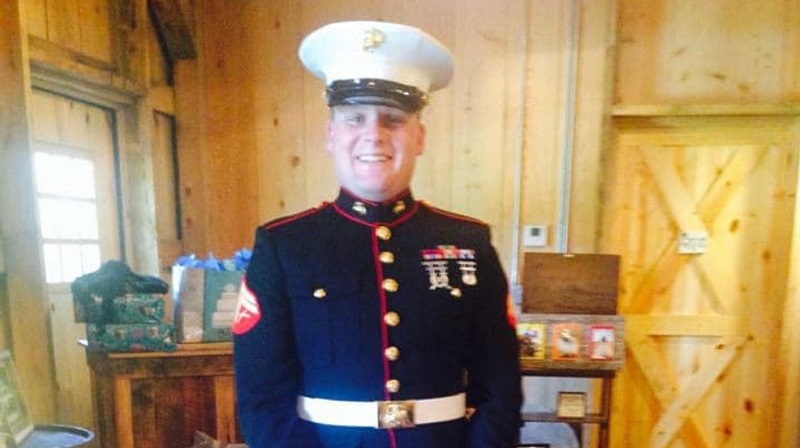 Sandy, Utah — A Utah marine was one of the 13 U.S. service members killed in a terrorist attack at the Kabul airport.

In order to show their love and support for the family, friends, and neighbors have surrounded their home in Sandy with American flags and yellow ribbons.

According to officials, Staff Sgt. Taylor Hoover was killed Thursday while helping to process people for evacuation at the Hamid Karzai International Airport in Afghanistan. The suicide bombing happened at the Abbey Gate, where American troops were conducting security screens before letting people into the airport for evacuation out of the country.

On Friday neighbors came out to the Hoover home to offer their condolences and support. They lined the street leading to their house with American flags tied with yellow ribbons on the pole.

Lena McIllece and she’s husband said they wanted to show the family they are loved and supported.

“I talked to his grandmother she said that she knew where he was, and he was in a better place, and he died doing what he loved and what he always knew that he wanted to do, which was to be a marine and fight for his country,” she said.

According to Lease, the family has lived in the community for a long time, and the neighborhood would be there to support them.

Utah Governor Spencer Cox posted a message honoring Sgt. Hoover : “We are devastated to hear of the passing of Staff Sgt. Taylor Hoover, who served valiantly as a Marine and dies serving his fellow countrymen, as well as America’s allies in Afghanistan,” he said.

He ordered flags at public buildings in the state at half-staff through August 30 and invited all businesses and residents to do the same.

Man dried after falling off paddleboard in central Utah reservoir