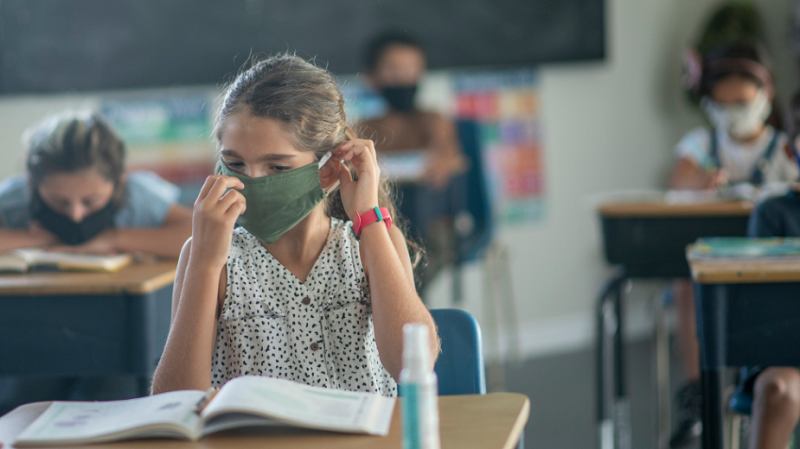 Salt Lake City, Utah – In the last two weeks, the Utah Department of Health (UDOH) reports 14 schools are at or near the threshold of cases, many of them being elementary schools in Northern Utah.

In some Utah schools and data shows several of them are more than halfway to meeting COVID-19 Test to Stay requirements.

“Initially when I told her school was canceled, she was super excited, and then I said, ‘Well, that means you’ll have to do home school.’ And then her face just dropped because you know she was like ‘That was the worst,’” said Morag Kawasaki, an Edgemont Elementary School parent.

“I think it’s invasive for children under 12 to have tests, but what do you do? I would rather have kids wear masks to school in K-12,” said Mariah Bailey, a Syracuse Elementary School parent.

According to the health department data, last month, school-associated cases are dropping off.

According to UDOH data, this school year, 9,285 students have tested positive for COVID-19. This data also shows a majority of schools have less than five or just over five COVID-19 cases.

This does not mean there is a lower risk of transmission in these schools, health officials said.