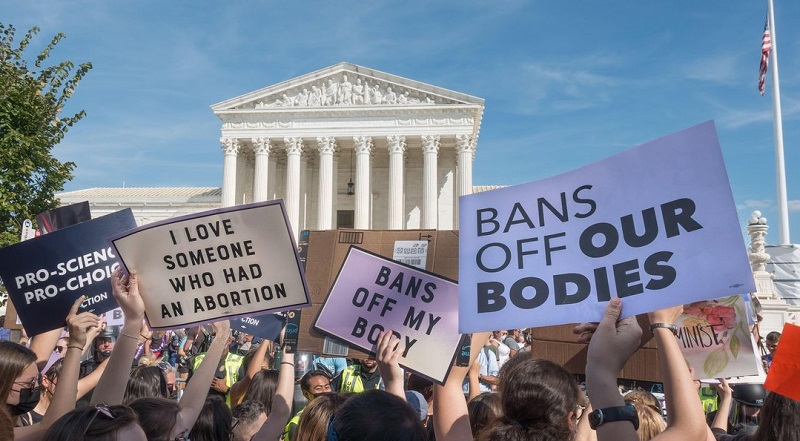 Salt Lake City, Utah — On Saturday, while some Utahans raised money for the Utah Abortion fund, others celebrated the end of Roe v. Wade on the grounds of the Capitol.

Despite Utah’s trigger law banning abortions being put on hold, Pro-Life Utah commemorated the end of Roe v Wade on the steps of the Capitol Saturday. “Today’s a celebration because, for 49 years, Roe v. Wade has stopped the state of Utah from being able to protect unborn babies,” said Deanna Holland, Executive Director of Pro-Life Utah.

According to Holland, Pro-Life Utah, the Pro-Life Coalition, and other organizations are excited to provide resources for new moms-to-be. So far already, they’re helping 18 Utah women with unplanned pregnancies. “It looks like financial help, we do baby supplies, we have emotional support,” said Holland. “And then we really just look at that woman’s needs and fill them.”

According to Jocelynn Abatti, supporters of Roe v. Wade can understand her perspective on abortion. “That’s like murdering a person if you think about it,” she said. “So it’s really nice to know that a lot of young people are supporting this, to know that we can’t murder babies. We can’t.”

Other local Utah eateries and businesses are raising money for the Utah abortion fund, in what they say is an effort to support women’s reproductive rights.

Two months ago, Sade’s burritos, run by husband and wife Taylor and Grayson Myers, began selling vegan burritos and sandwiches. While they navigate the world of being business owners, now they’re doing what they can to support a cause they’re passionate about. “It is just a very important thing to me and my wife that basically, anybody who has a uterus, has freedoms,” Grayson said.

It’s a sentiment that many nearby businesses also share – and now they’re launching their own fundraising efforts. “Overall the community feedback has been exceptional,” said General Manager of Big-O doughnuts Ally Curzon. “We’ve had so many people reach out publicly and privately just to let us know they support us.”

According to Curzon, they will continue donating sales to the Utah Abortion Fund until the middle of July. After that, they plan to set up fundraisers with other local bakers in the community.

According to the Myers couple, they’re going to keep fundraising efforts alive until they see change. “It’s something that we wish we could do more,” Myers said. “I’m hoping that as our business grows, and we do grow as a business, we are able to donate a little more money.”

Parade attendees across the country anxious after Illinois parade shooting

7,338 new COVID-19 cases reported in Utah over the past week