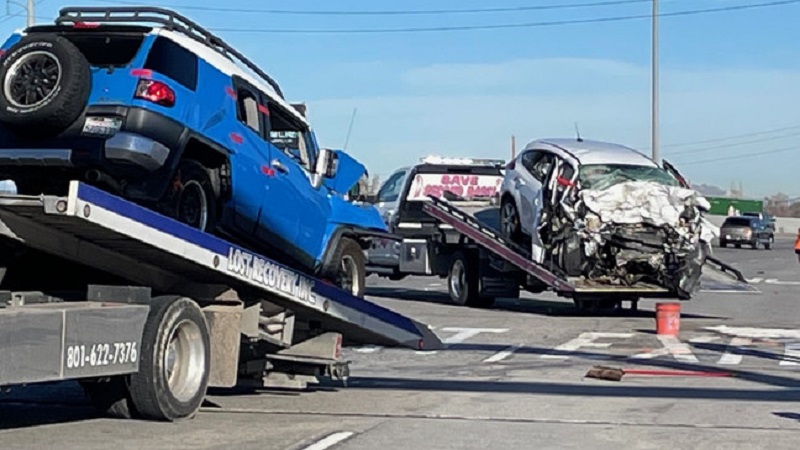 Salt Lake City, Utah – On Saturday, two drivers died in a wrong-way crash on I-15 early.

Just after 5 a.m., the crash happened on the northbound side of the freeway before the 600 South exits in downtown Salt Lake City.

According to Utah Highway Patrol, the drivers were the only occupants of the vehicles.

The investigation began when dispatch received reports of a white Ford Focus entering I-15 from the 600 South off-ramp, traveling southbound in the northbound lanes, officials said.

They received reports of a head-on collision between a blue Toyota FJ Cruiser and the white hatchback near 900 South at 4:54 a.m. The driver of the FJ Cruiser was reportedly not wearing a seatbelt.

Both drivers were deceased upon officials’ arrival at the scene. Traffic was tied up for hours in the area while the investigation took place.

Victims had not been identified at the time of this post.