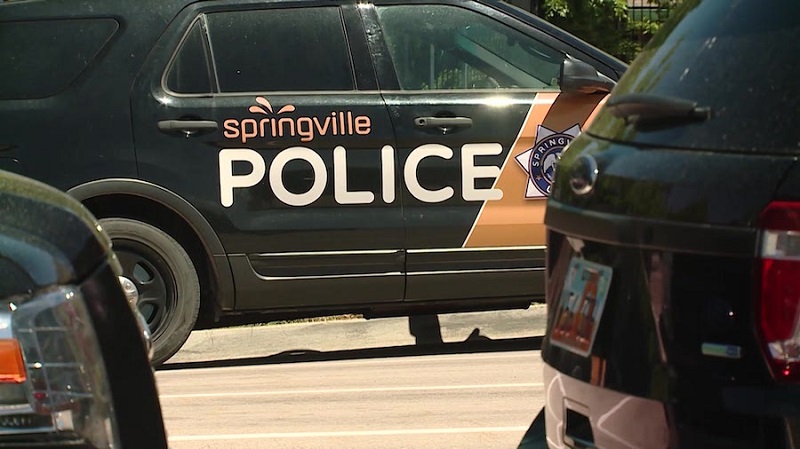 Springville, Utah — After a chain of events that began with an anonymous call to Springville Police reporting a man at Walmart shooting a gun into the air, a man has died.

According to Springville Police Dispatch, on Friday night at about 11 p.m. they received an anonymous call of a man shooting into the air at Walmart. When officers responded, they say a man followed one officer in a vehicle, eventually crashing into the back of the patrol car.

The officer was confronted by the man now threatening the officer with a knife out of the vehicle, police said Saturday morning in a press release.

According to police, the officer discharged his gun, and the subject was declared deceased at the scene.

At this time, the identity of the man has not been released.

The Utah County Officer-Involved Critical Incident team is investigating the incident and there is no threat to the public, police said.

According to Springville Police Lt. Warren Foster, authorities are investigating the possibility that the caller was the man who was shot.