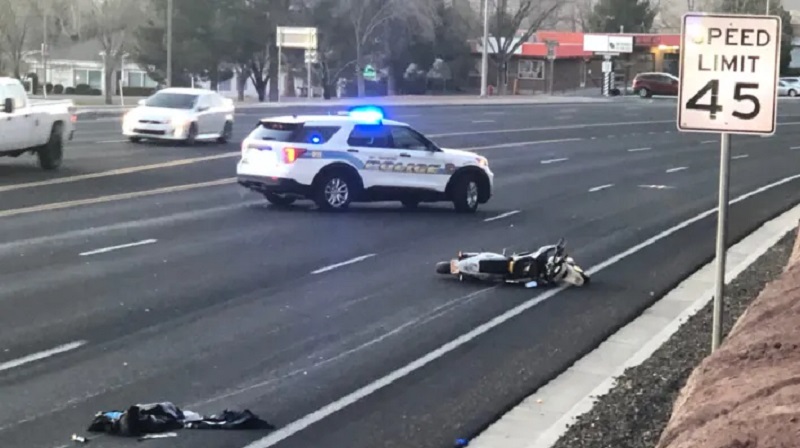 St. George, Utah – On Monday morning, a motorcyclist was seriously injured and taken to the hospital after hitting an electric scooter that was lying in the road.

Around 7:30 a.m. emergency personnel responded to the incident at the intersection of Bluff St. and St. George Blvd., which was reportedly seen by several witnesses.

According to St. George Police Officer Tiffany Mitchell, the motorcyclist was heading south on Bluff St in the outside lane when he crashed into the Spin e-scooter lying in the road.

Police speculate that the rider most likely did not see the scooter until it was too late.

According to officer Mitchell, the man was not wearing a helmet when the accident happened.