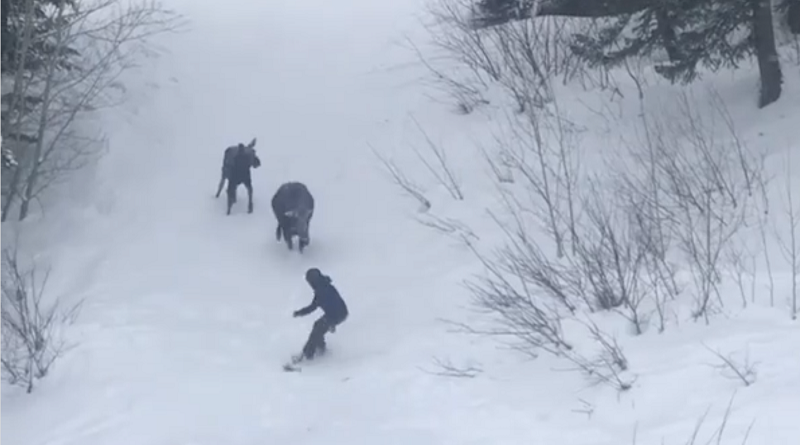 Park City, Utah — A snowboarder being knocked unconscious, was brought to the hospital after colliding with a moose at Park City Mountain Resort.

The young male snowboarder who crashed into the moose this past weekend was knocked out and treated by ski patrol.

He was taken to the hospital where he’s recovering.

The local sheriff’s office did not have a report and were unable to provide more information because Park City Mountain Resort is private and has their own medical staff and facilities on site.

Between January 8-15, wildlife officers responded to 12 separate reports of loose moose — involving 13 animals — with many of them being near I-80 in Summit County.