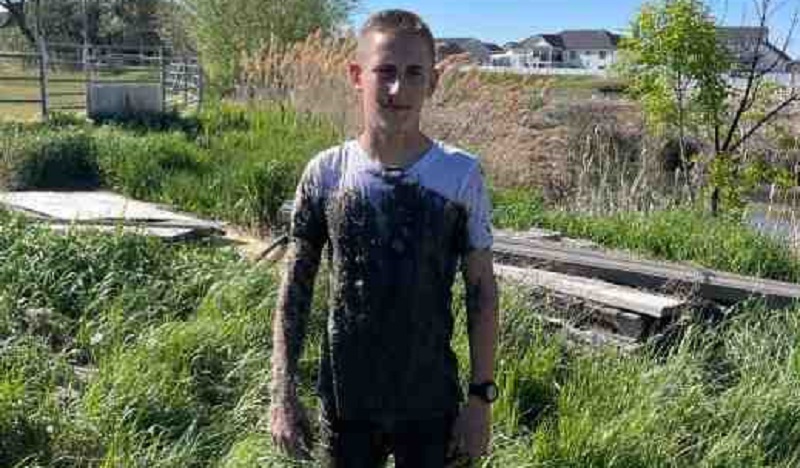 Farr West, Utah — On Wednesday, the 14-year-old boy was walking through swampy water in Farr West when he sunk into the ground.

Soon after, the teen was stuck in the mud up to his armpits.

The Weber County Sheriff’s Office and Weber Fire District received a call of entrapment around 5 p.m.

Upon arrival at the scene, they used ropes to pull the boy out from his sticky predicament and reunited him with his family.

The boy was uninjured during the muddy encounter.

“Not to worry, a little Tide and that shirt will be as good as new,” the sheriff’s office reported.